An AM/FM/CD stereo and a tilt steering wheel are now standard on all 2004 Jeep Wrangler models. A new aluminum wheel design is standard on Sahara models and optional on Sport models. Right-hand-drive versions are also available for fleet utility service. A Columbia Edition option package is also new for 2004.

The 2004 Jeep Wrangler has a stiff ride, offers about the same noise isolation as a motorcycle and has a soft top that's a nail-buster to operate, but if you're dying for a cheap convertible or an off-roader that can go just about anywhere, it's hard to beat the Wrangler.

Cost to DriveCost to drive estimates for the 2004 Jeep Wrangler Sport 4WD 2dr Convertible SUV (4.0L 6cyl 5M) and comparison vehicles are based on 15,000 miles per year (with a mix of 55% city and 45% highway driving) and energy estimates of $3.36 per gallon for regular unleaded in Virginia. 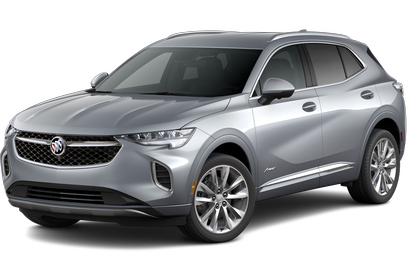 4.5 out of 5 stars
It's the Genuine Article
Jeff D.,11/02/2005
2004 Jeep Wrangler SE 4WD 2dr Convertible SUV (2.4L 4cyl 5M)
My first GP, a 2004 Jeep Wrangler SE 4 cylinder, 4WD, with soft top and hard doors, has been reliable, versatile, and just plain fun. It's a blast for all seasons ... goes anywhere in the snow (though ice is always tricky) ... doesn't leak in the heaviest of rain ... pulls my 16 ft. boat up a bumpy ramp with ease (especially using 1st gear in 4WD low )... and doesn't need air … conditioning (just take the windows out on a hot day or lower the top). However, I do suggest that you keep both hands on the wheel in windy and rainy conditions because of the short wheelbase and wider tires. There's plenty of heat in winter and you can adjust the vents to cover your needs. It has comfortable seats too.
4.63 out of 5 stars
I love it!
Julianne,11/09/2003
2004 Jeep Wrangler Rubicon 4WD 2dr Convertible SUV (4.0L 6cyl 4A)
I used to own a 95 Wrangler! Wow, what a difference! (in comfort!) This is a fun truck that gets a lot of attention (when it's nice and clean-with those tires really shiny!) Haven't put it's off-road capabilities to the full test yet, but Jeep's never let ya down!
5 out of 5 stars
04 jeep wrangler sport
drock05,12/19/2010
2004 Jeep Wrangler Sport 4WD 2dr Convertible SUV (4.0L 6cyl 4A)
First thing is first i LOVE my jeep. If you dont like bumpy and loud buy a dumb cadillac if you want good gas mileage buy a stupid civic. But if you like wondering on and off road at anytime and having a blast while doing it. then look no further. the sound bar is awesome. ive only had mine stuck once that was in snow that had been plowed 2 days before and was up over my hood and i have … a 3 inch suspension lift with 33" BFG A/T.. you can be driving on the street one minute and the next climbing the side of a mountain. no other vehicle can do what a jeep does. i guess you have to be a jeep person to be in love with a jeep as much as i am.
4.38 out of 5 stars
Hey! It's a Jeep!
jet,05/21/2008
2004 Jeep Wrangler Sport 4WD 2dr Convertible SUV (4.0L 6cyl 5M)
I'll be honest. You gotta want a jeep to own a jeep. This is the funnest vehicle you'll ever own. It's at home off road or at the mall. The newer jeeps ride a lot better that the older ones due to coil-over shocks in the front. Accessories galore! This is the one vehicle that you can truly personalize. My advice for jeep buying: Buy the full doors, the 6- cyl., oversized tires, and both … hard and soft tops. These are all the "should-a-gots" that plague jeep buyers remorse. Mine averages 13/16 mpg on pavement and about 20mpg off- road! Jeeps are fun! Oh yeah- and insurance is CHEAP!
See all 289 reviews of the Jeep Wrangler
Write a review

More about the 2004 Jeep Wrangler

The Jeep Wrangler is one of the few, no-compromises, one-mission-in-life vehicles left on the market today. Like a two-seat sports car, the Wrangler makes a powerful "lifestyle" statement — in essence that the person behind the wheel is a fun-loving and outdoors-living type who actually goes off-road with his 4WD vehicle. Still, there are quite a few Wrangler owners who don't need all-out trail-busting ability, and wouldn't mind extra cargo capacity along with a smoother and quieter ride.

Jeep tried to address this concern over two decades ago with the Scrambler, which was essentially a longer version of the old CJ-7 (the forerunner of the Wrangler) that had two seats and an open back, like that of a small pickup truck. Evidently, folks weren't ready for a stretched CJ, and as a result, that vehicle went over about as well as "Titanic" conversations on a cruise ship.

Now, however, people embrace automotive oddities a little more readily — witness the success of the Cadillac Escalade EXT, a mutation of a crew cab pickup and an SUV. Although that first stretched Jeep wasn't a smash success, we were told by Jeep reps that the new Wrangler Unlimited was a response to current and potential Wrangler owners' requests for a bigger, yet not too different Wrangler.

Topping things off is a unique "Sunrider" three-way soft top. The Sunrider offers a choice of an open roof over the front compartment (similar to a targa top), along with the standard fully closed and fully open positions. Other standard features for the Unlimited include air conditioning, an automatic transmission, an AM/FM/CD stereo, foglamps, deep-tinted windows, massive Goodyear Wrangler (what else would you expect?) tires and disc brakes all around. Antilock brakes are not available, as the heavy-duty Dana 44 rear axle won't accommodate that technology. The standard (and only) power plant for the Unlimited is the tried-and-true 4.0-liter straight six that puts 190 horsepower and 235 pound-feet of torque to the pavement. More sound insulation and a tip-and-slide feature for the driver seat were added as well.

We initially drove short-wheelbase Wranglers on a mix of city streets and open highways to get reacquainted with the standard vehicle's ride characteristics. This author was immediately reminded why he didn't care for the Wrangler in past test-drives: A choppy ride along with plenty of wind, engine and road noise makes me wonder why so many people choose to use these as everyday drivers. With such a short (93.4-inch) wheelbase and high center of gravity, the Wrangler wouldn't be our first choice for a long freeway cruise.

The next day, after a product briefing, we took the wheel of the Unlimited and set out for a few hours' drive (mostly freeways and two-lane highways) and immediately noticed the difference. Whereas the standard Wrangler felt almost jittery at higher speeds, the Unlimited was secure and planted. Through the turns and over the bumps, it was the same story — the Unlimited was more composed and delivered a much better ride. We also noticed that the overall noise level was appreciably lower. Earlier in the day, the engineers had informed us that they fitted the Unlimited with revised springs and shocks as well as an additional cross member out back to ensure an improved ride and no loss of structural rigidity.

In terms of performance, with a weight increase of 200 pounds over the already pudgy Wrangler (for a total of 3,730 pounds), the Unlimited ran out of steam at higher speeds, particularly when merging into fast-moving freeway traffic. You wouldn't expect such a heavy, non-aerodynamic 4WD vehicle to be frugal with fuel, and with estimates of 14 city and 18 highway, this Wrangler is anything but.

Of course, nobody buys a Wrangler for economical commuting; it's all about off-road prowess. We got a chance to test the Unlimited's off-road skills and they are indeed amazing. Led by a seasoned team of off-road instructors, we popped the Unlimited in 4WD Low and scrabbled up rock-strewn hills and through narrow, muddy trails. Unlike your author, the Unlimited never broke a sweat and the steering that seemed a little slow on the street was perfect in this environment — you don't want any sudden motions when maneuvering over dicey terrain.

Several times, while attempting to get up especially rough passes, we banged and scraped the underside of our Unlimited. Although the sounds made us cringe and gave us a quick adrenaline pump, they seemed to delight the Jeep reps and off-road gurus. They'd grin as they shouted out encouragement such as: "Don't worry about it, that's what the skid plates are for. C'mon, you're doing fine, don't let up and lose your momentum." After we were done playing on the 40,000-acre "Y.O." working ranch(located around 90 miles northwest of Antonio), we understood why there are so many off-road fanatics and why Jeep has such a strong reputation in this area. Not once did we get stuck, and it wasn't as if we didn't try. The off-road instructors informed us that some of the terrain we navigated was rated a 10, meaning most difficult.

With a list price of around $25,000 nicely equipped, the Unlimited presents a viable option for active folks who never would have considered a Wrangler before. Playing in the rough is all well and good, and the Unlimited upholds Jeep's reputation by taking anything you have the nerve to dish out. But in the real world, the one with freeways, potholes and work commutes, the Unlimited shines compared to its rough-around-the-edges little brother. This is a Wrangler we could easily live with, and that's something we never thought we'd say.

Which used 2004 Jeep Wranglers are available in my area?

Shop Edmunds' car, SUV, and truck listings of over 6 million vehicles to find a cheap new, used, or certified pre-owned (CPO) 2004 Jeep Wrangler for sale near. There are currently 2 used and CPO 2004 Wranglers listed for sale in your area, with list prices as low as $11,900 and mileage as low as 116164 miles. Simply research the type of car you're interested in and then select a used car from our massive database to find cheap prew-owned vehicles for sale near you. Once you have identified a used vehicle you're interested in, check the AutoCheck vehicle history reports, read dealer reviews, and find out what other owners paid for the Used 2004 Jeep Wrangler.

Can't find a used 2004 Jeep Wranglers you want in your area? Consider a broader search.