If poor visibility, questionable build quality and a cheapo interior don't bother you, the Camaro is as fast as it gets for under $30K.

Cost to DriveCost to drive estimates for the 2000 Chevrolet Camaro Z28 2dr Convertible and comparison vehicles are based on 15,000 miles per year (with a mix of 55% city and 45% highway driving) and energy estimates of $3.32 per gallon for regular unleaded in Virginia.

"From the country that invented rock 'n' roll" claimed the advertisements for this Quebec, Canada-built sport coupe when it was redesigned in 1993. A small technicality, we suppose, but there are no technicalities when it comes to the Camaro's performance abilities, particularly in Z28 or SS guise. These Camaros are blazingly quick, hold the road tenaciously, cost less than the average price of a new car in this country and get decent gas mileage when they're not being hammered along a twisty, two-lane road.

Two trim levels are available for 2000 in either coupe or convertible bodystyles. Base Camaros are powered by a 3800 Series II V6 that makes 200 horsepower. Mated to a four-speed automatic or five-speed manual transmission, this sufficiently strong motor makes a strong argument for avoiding the higher insurance rates and prices of the Z28. An optional performance-handling package puts dual exhaust, tighter steering and a limited-slip differential on the V6 Camaro.

The Z28 is the go-faster Camaro. Equipped with a detuned Corvette 5.7-liter V8, the Z28 makes 305 horsepower, 45 more horses than the Mustang GT. Opt for the SS performance package and you get 320 horsepower (same as the Mustang Cobra), thanks to forced air induction through an aggressive-looking hood scoop. The SS gets to 60 mph from rest in a little over five seconds. SLP Engineering - known for working magic with GM's F-Bodies since the late '80s - supplies the parts to turn a Z28 into an SS.

For 2000, revisions are few. New interior colors and fabrics, along with steering wheel-mounted stereo controls, freshen the passenger compartment. Engines meet LEV standards in California and other low-emission states, and one new exterior color is available. These changes are welcome. The new, more intricately laced alloy wheels that look like wheelcovers are not. They look difficult to clean, and those beautiful, fat, five-spokers on the SS have been sacrificed for the sake of change.

The interior of the Camaro is functional, but cheap in appearance. Visibility is nothing to brag about either. The Camaro holds a respectable amount of gear in the cargo hold (more than 33 cubic feet of space with the generally useless rear seats folded down), and airbags and antilock brakes are standard.

Rumors are flying that GM is set to kill the Camaro, and since no product is scheduled for the Canadian Camaro plant after 2002, those rumors are likely true. Steadily declining sales are to blame, and the company is eager to slice non-performing models from the lineup. If the Camaro dies, it would be a real shame because - from a bang-for-the-buck standpoint - the Z28 is unbeatable. More mature drivers can order traction control, but that option defeats some of the fun of Chevy's pony car: smoky, adolescent burnouts that leave the drivers behind choking on charred Goodyears. 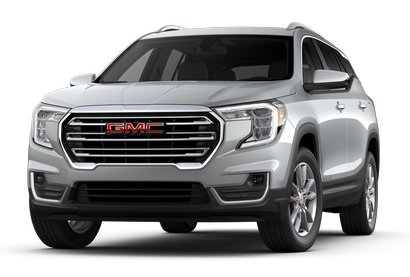 4.13 out of 5 stars
2000 Z28
Ray Yankura,10/16/2005
2 Dr Z28 Coupe
The engine is awsome. Handling is great. Matching panels is terrible. I don't use it when it rains and I store it in the winter. Had to purchase new tires after 12,000 miles. I don't hot rod it either. Sound system is great. I have the 500 Watt Monsoon. Paint is pretty good. I have not taken it for service since I purchased it. Not a family car. Only use it on week ends. I have … added some body decals which give it a better apperance. Have lots of people tell me how nice the car looks. Runs very well. I guess the engine is what sold me.
5 out of 5 stars
Simply put Camaro Z28
2000Z28,02/15/2004
2 Dr Z28 Coupe
Best car I've ever owned. "A corvette with a back seat" Can not find performance like this for the money. I own a 2000 Camaro z28 with t-tops, it is seabring silver metallic with black leather. It is just beautiful. It can be sporty, a muscle car and it can be classy all at the same time.Great for everyday driving, or for just cruisin around. I love this car so much and … would never trade it for another so called "sportscar".
4.63 out of 5 stars
Red Beauty
Randy Mamola,10/18/2006
Z28 SS 2dr Convertible
Nice, Nice, Nice. This red beauty has been great since the day I bought it new off the showroom floor on Halloween, 2000. Was actually looking for a Coupe w/ automatic tranny for rush hour commute. Luckily I didn't find one, and I have no complaints with this SLP 6-speed SS convertible! (Except perhaps original Goodyear F-1 tires which are now long gone!) Looks, performance, looks (and … second looks)from women, comfort, decent mileage, plus lots of options (except traction control) make for a great car and ownership experience! Trick SLP options include exhaust system and chrome wheels, both of which I am very pleased with.
4.25 out of 5 stars
Fun and Able
still_waiting,04/14/2012
2dr Convertible
There's not many conditions that I haven't driven the old girl through. Much like most people have problems with the headlamps and taillights seem to go out more often then usual - but unlike most I haven't had any problems with the tires. Breaks tend to whine on light stopping while it's raining but that can be considered normal. Had it for quite a while now with a little over 64k on it … almost all highway miles aside from some light racing on it. She can redline without worrying whether or not something's going to blow or not. Great car, extremely fun, no real high maintnence, only complain is the 30mpg highway seems like a lie - around 24 average with cruise on.
See all 81 reviews of the Used 2000 Chevrolet Camaro
Write a review

More about the 2000 Chevrolet Camaro

What's a good price on a Used 2000 Chevrolet Camaro?

Which used 2000 Chevrolet Camaros are available in my area?

Shop Edmunds' car, SUV, and truck listings of over 6 million vehicles to find a cheap new, used, or certified pre-owned (CPO) 2000 Chevrolet Camaro for sale near. There are currently 1 used and CPO 2000 Camaros listed for sale in your area, with list prices as low as $17,999 and mileage as low as 58183 miles. Simply research the type of car you're interested in and then select a used car from our massive database to find cheap prew-owned vehicles for sale near you. Once you have identified a used vehicle you're interested in, check the AutoCheck vehicle history reports, read dealer reviews, and find out what other owners paid for the Used 2000 Chevrolet Camaro.

Can't find a used 2000 Chevrolet Camaros you want in your area? Consider a broader search.

Should I lease or buy a 2000 Chevrolet Camaro?