Few changes are made to the Camaro in what is its final year of production. Minor additions include a special 35th anniversary package and Sebring Silver to the color palette.

Cost to DriveCost to drive estimates for the 2002 Chevrolet Camaro Z28 2dr Hatchback (5.7L 8cyl 4A) and comparison vehicles are based on 15,000 miles per year (with a mix of 55% city and 45% highway driving) and energy estimates of $3.36 per gallon for regular unleaded in Virginia.

"From the country that invented rock 'n' roll" claimed the advertisements for this Quebec, Canada-built sport coupe when it was last redesigned nearly a decade ago. A small technicality, we suppose, but there are no technicalities when it comes to the Camaro's performance abilities, particularly in Z28 or SS guise. These Camaros are blazingly quick, hold the road tenaciously, cost less than the average price of a new car in this country and get decent gas mileage when they're not being hammered along a twisty two-lane road.

Two trim levels are available for 2002 in either coupe or convertible body styles. Base Camaros are powered by a 3800 Series II V6 that makes 200 horsepower. Mated to a four-speed automatic or five-speed manual transmission (coupe only), this stout motor makes a strong argument for avoiding the higher insurance rates and prices of the Z28. An optional performance-handling package adds dual exhaust, tighter steering and a limited-slip differential on V6 models.

The Z28 is the go-faster Camaro. Equipped with a 5.7-liter LS1 V8, the Z28 is good for 310 horsepower, 50 more than the Mustang GT. Opt for the SS performance package, and you get 325 real horsepower, thanks to forced air induction through an aggressive-looking hood scoop. Chevy says the SS will hit 60 mph in a little over 5 seconds from a stop and continue on to a 13.5-second quarter-mile if you keep the pedal planted -- about as fast as it gets for under $30K.

For 2002, revisions are few. Z28 coupes and convertibles get P245/50ZR16 Goodyear Eagle RSA tires as standard equipment, and all V8-equipped models get an auxiliary power steering cooler. Sebring Silver metallic paint has been added to the exterior color palette, while Mystic Teal metallic has been dropped. A special 35th Anniversary edition adds sport stripes, blacked out wheels, and numerous cosmetic add-ons for a one-of-kind look. The interior of the Camaro is functional, but cheap in appearance, and visibility is limited through the sharply raked windshield. The Camaro holds a respectable amount of gear in the cargo hold (more than 33 cubic feet of space with the generally useless rear seats folded down), and airbags and antilock brakes are standard.

Chevrolet has officially announced that this will be the last year of Camaro production.. Steadily declining sales are to blame, and the company is eager to slice non-performing models from the lineup. So if you want a tire-shredding sport coupe that won't leave you with a perpetually empty wallet, better snag a Camaro soon before this legend gets put out to pasture. 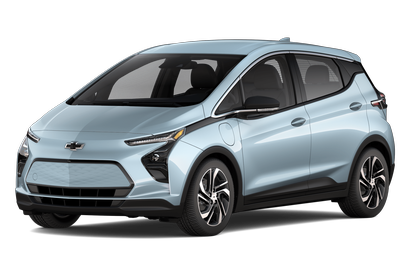 4.13 out of 5 stars
The more I drive this 2002 Z28 the more I love it
xxxfelix,04/15/2012
2002 Chevrolet Camaro Z28 2dr Hatchback (5.7L 8cyl 4A)
I bought a 2011 Camaro 2LT with variable valve timing, twin cam, 4 valves per cyclinder direct injected V6 (state of the art), the advertised hp is 312. I also bought a used 2002 Z28 with the LS1 engine from the same dealer for a good price. The advertised hp is 310 for the 2002 Z28. But when I drive each car, the 2002 Z28 seems a whole lot more powerful. Elapsed time at a control track … also proves the z28 is more powerful. I did some reseach and found that for the 1998 to 2002 LS1 engines, the true hp at the rear wheels on the camaro is more like 350 (same LS1 in the corvettes). The torque ratings were also dumbed down by GM on these camaros
4 out of 5 stars
Great Car, Repairs...ehh...
sergheis,04/26/2015
2002 Chevrolet Camaro 2dr Hatchback (3.8L 6cyl 5M)
The V6 is not much compared to newer ones, but it will still pick up to highway speeds before you could turn your head to check the other lane. Takes any turn without a problem, good on fuel, and how could you ever forget the nostalgic but mandatory t-tops. Interior is roomy in the front, the back, can be made comfortable if you're sitting alone.
4.63 out of 5 stars
Great car for the hardcore speedster in you
zoilus,03/10/2012
2002 Chevrolet Camaro Z28 2dr Hatchback (5.7L 8cyl 4A)
I have now had my 02 Z28 for 6 yrs. It has 92k miles. The LS1 is great! it can withstand alot of abused. These cars with bolt ons can easily get into the 400hp+ range. but add cam, heads and a real proper tune and you can get 450 to 490rwhp range ..all day long, that translates to 500-550bhp WITHOUT the need for nitros, turbo or supercharger. These cars were underrated so vette owners … didn't have a cow. LS1's make around 290-310rwhp which is the same as stock Vettes. For people on this board who say the V6 makes V8 power....aaahhhh no... it doesn't. Please get into the V8 FIRST then tell me if your V6 is like a V8. Theres like a 150hp and 150tq difference!
5 out of 5 stars
My Quarter Million mile Z28 runs like new.
Wade Buff,09/29/2018
2002 Chevrolet Camaro Z28 2dr Hatchback (5.7L 8cyl 4A)
There are so many things I love about this 250,000+ mile car as my daily driver. The Z28 gets a lot of positive attention for a 16 year old car. With regular maintenance and a few inexpensive repairs I expect this car to be able to go another 100,000 miles at least. 27.5 mpg highway and 20 mpg normal drive to work. The car is completely stock and quite. Ride is comfortable. Quality tires … have a big impact on ride, noise & handling - buy quality tires for this sort of car. If the ride is rough on a used one, it's probably time to replace all the shocks. My car had 13 years of dealer maintenance records with it when I purchased. When correctly maintained these are fantastic reliable cars. This is my third LS1 4th Gen. Still have my 99 Trans Am which I bought new and is street/strip car now and previously had another 02 Z28. Update 4-6-2020 I'm still very happy with my high mile Z28 Camaro. No issues since initial review. Still used as a daily driver except in winter. I would buy the car again. Recently added a SS hood & SS spoiler. Definitely a keeper.
See all 136 reviews of the Chevrolet Camaro
Write a review

More about the 2002 Chevrolet Camaro

What's a good price on a Used 2002 Chevrolet Camaro?

Which used 2002 Chevrolet Camaros are available in my area?

Shop Edmunds' car, SUV, and truck listings of over 6 million vehicles to find a cheap new, used, or certified pre-owned (CPO) 2002 Chevrolet Camaro for sale near. There are currently 1 used and CPO 2002 Camaros listed for sale in your area, with list prices as low as $24,999 and mileage as low as 15631 miles. Simply research the type of car you're interested in and then select a used car from our massive database to find cheap prew-owned vehicles for sale near you. Once you have identified a used vehicle you're interested in, check the AutoCheck vehicle history reports, read dealer reviews, and find out what other owners paid for the Used 2002 Chevrolet Camaro.

Can't find a used 2002 Chevrolet Camaros you want in your area? Consider a broader search.

Should I lease or buy a 2002 Chevrolet Camaro?