Coming off its introduction last year, the Chevrolet Trax is essentially unchanged.

The 2016 Chevrolet Trax is worth consideration if you're looking for an affordable suburban runabout that's easy to drive, easy to park and offers up-to-date technology. It's not quick, though, and its interior materials are far from best in class.

At a time of lower gas prices, the surging interest in the subcompact crossover segment has surprised quite a few carmakers. General Motors, however, isn't one of them, having launched Buick's Encore (built atop the same platform as the Trax) in 2013. The surprising success of the Encore led Chevrolet to introduce the Trax to American showrooms in 2015.

The 2016 Chevy Trax takes a more youthful approach to styling than the related Buick Encore.

The 2016 Chevrolet Trax occupies the small end of America's most expansive SUV lineup, beginning here and ending at Chevy's larger-than-life Suburban. Between the XS and XXL are the Equinox, Traverse and Tahoe. Those wanting to combine maximum utility along with some towing capability and efficiency would be well served to compare the Trax with Chevy's next-size-up Equinox; it provides a significantly larger and more useful footprint for not a significantly higher price point. But for tight urban areas where even the smallest cars feel large, the Trax makes more sense.

For general use, though, the 2016 Trax isn't quite as fun as its size might suggest. Its four-cylinder engine has just enough pep for city driving, but it runs out of steam quickly when you're accelerating at highway speeds. The ride quality isn't all that great, either, as it can exhibit a fair amount of choppiness on rough roads. Handling and steering are also below par.

The Chevrolet Trax does have some good attributes, including relatively roomy seating, a healthy complement of standard features and impressive crash test ratings. But the subcompact crossover class is led by Mazda's CX-3, Jeep's Renegade (and its platform mate, the Fiat 500X) and Honda's new HR-V. The Mazda has the best on-road dynamics, the Jeep supplies the most credible all-road capability and the Honda's interior provides the best balance between seating comfort and storage space. Overall, we'd recommend going with one of these models before finding new roads with a Chevrolet Trax.

Every 2016 Chevrolet Trax comes with a turbocharged 1.4-liter four-cylinder engine paired with a six-speed automatic transmission. The engine produces 138 horsepower and 148 pound-feet of torque. In Edmunds testing, a 2015 Trax LTZ with all-wheel drive accelerated from zero to 60 mph in 10 seconds flat. This is about a second slower than similarly sized and purposed small crossovers. A front-drive Trax was quicker at 8.9 seconds, but this is still below-par acceleration.

The EPA's estimated fuel economy figures are 29 mpg combined (26 city/34 highway) with front-wheel drive and 27 mpg combined (24 city/31 highway) with all-wheel drive. These are respectable figures for this class of vehicle, but similar to our experience with the Chevrolet Sonic and Cruze (which share this turbocharged 1.4-liter engine) we've found it difficult to achieve the EPA's ratings in real-world driving.

The 2016 Chevrolet Trax comes standard with antilock brakes, traction and stability control, front-seat side airbags, front and rear side curtain airbags, and knee airbags for the driver and front passenger. Front-wheel-drive models have front disc brakes and rear drum brakes, while all-wheel-drive versions have four-wheel disc brakes. At the Edmunds test track, an LTZ AWD came to a halt from 60 mph in 120 feet, which is a slightly better-than-average distance for this class.

A rearview camera is standard on all versions, and the LTZ model adds rear parking sensors. Every Chevrolet Trax comes with a six-month OnStar emergency communications subscription, which includes automatic crash notification and roadside assistance.

With its small, urban-oriented footprint, the 2016 Chevrolet Trax is both easier to park and more maneuverable than larger crossovers. The LS and LT models are better riding because of their 16-inch wheels, but even here the ride can get overly choppy. It gets worse with the LTZ model and its 18-inch wheels. A busy ride, combined with the Trax's short wheelbase and somewhat vague steering, can generate a lack of straight-line stability on the highway. With that, you'll likely find yourself making frequent, albeit minor, steering corrections. When driven enthusiastically around turns, the Trax seems competent, although the uncommunicative steering and modest tire grip prevent drivers from enjoying any real engagement.

The engine's performance is also no better than adequate. Although the Trax's engine proves reasonably responsive in city driving, its lack of punch on the highway means merging and passing maneuvers require planning and patience. Regrettably, this is something also found on other competitive crossovers; both Honda's HR-V and Fiat's 500X seemingly come up short when asked to merge or pass. The better news is the six-speed automatic transmission, which shifts smoothly and quickly enough to wring the most out of the engine's limited power.

Despite its small footprint, the 2016 Chevrolet Trax enjoys plenty of useful interior space. Although the front seats are narrow, front-seat headroom and legroom are plentiful, while the rear seat has enough room for a pair of adults, provided neither adult is over 6 feet tall.

The Trax rear luggage area has a modest 18.7 cubic feet of cargo space, and while that's more than the average sedan's trunk (assuming you pack up to the roof) it's a modest amount of utility in what is sold as a sport-utility. The rear seats fold down to expand that to 48.4 cubic feet; lifting the seat bottoms first allows for a flat load floor, which is viable when trying to maximize available cargo space. Those 48 cubes are significantly more than what's offered by Nissan's Juke, and on par with the Mitsubishi Outlander Sport, but constitute less total volume than vehicles like Jeep's Renegade, Kia's Soul or Subaru's XV Crosstrek.

If its cargo space is relatively small, the big inside issue is the substandard quality of the interior materials. Hard plastic covers most interior surfaces, and the handful of soft-touch surfaces don't impress as substantial when viewed or touched. Another example of cost-cutting is the absence of a center console, which impacts available interior storage.

The Trax's standard MyLink interface features a 7-inch touchscreen on the dash that links with your smartphone to provide access to apps, pictures and even videos. Available apps for 2016 include Pandora, TuneIn and Stitcher Internet radio, and BringGo navigation. Available for a flat fee, BringGo works with select iPhones and Android smartphones to provide full navigation functionality, including traffic data and POI searches. It runs on your phone (and relies on your phone's data connection), but you can control and view it on the Trax's touchscreen. Compared to traditional factory navigation systems, BringGo is cheaper to buy and easier to update, but as with similar systems, it's not compatible with all phones. In addition, the MyLink touchscreen sometimes fails to register touch inputs, which can be frustrating.

The 2015 Chevrolet Trax is a five-passenger subcompact crossover offered in LS, LT and LTZ trim levels. Each is available with either front-wheel drive or all-wheel drive.

A relatively bland interior design is made worse by marginal materials. We do like the standard touchscreen, though.

Options are minimal. The LT is offered with an optional Convenience package, which includes the six-way power driver seat, a leather-wrapped steering wheel, cloth/leatherette upholstery and rear parking sensors. With Chevy's Sun and Sound package you can upgrade your LT with the Bose audio system and a sunroof. The sunroof can be added separately to the LTZ. 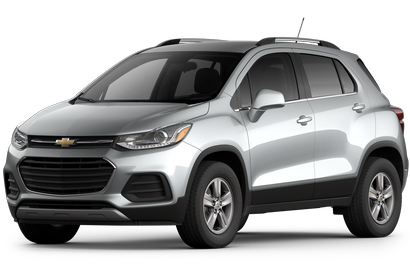 More about the 2016 Chevrolet Trax

What's a good price on a Used 2016 Chevrolet Trax?

Which used 2016 Chevrolet Traxes are available in my area?

Shop Edmunds' car, SUV, and truck listings of over 6 million vehicles to find a cheap new, used, or certified pre-owned (CPO) 2016 Chevrolet Trax for sale near. There are currently 83 used and CPO 2016 Traxes listed for sale in your area, with list prices as low as $12,988 and mileage as low as 8927 miles. Simply research the type of car you're interested in and then select a used car from our massive database to find cheap prew-owned vehicles for sale near you. Once you have identified a used vehicle you're interested in, check the AutoCheck vehicle history reports, read dealer reviews, and find out what other owners paid for the Used 2016 Chevrolet Trax.

Can't find a used 2016 Chevrolet Traxs you want in your area? Consider a broader search.

Should I lease or buy a 2016 Chevrolet Trax?