The 2009 Nissan Sentra has a number of updates that include a revised trunk lid, new cloth seat trim, standard automatic door locks, MP3 playback capability and a new premium package for the 2.0 SL model. Later in the model year, the "FE+" moniker is affixed to all Sentras except the manual-transmission 2.0 S and both SE-R trims. Ostensibly meaning "Fuel Economy Plus," the new name signifies a 1-mpg increase in fuel economy for those Sentras via a tweak to the engine computer. An "SR" trim level also makes a late debut -- it's essentially an FE+ 2.0 S with an SE-R-inspired body kit and 16-inch alloy wheels all thrown in at no extra cost.

The 2009 Nissan Sentra is a decent choice for an economy sedan, mainly because of its spacious cabin. However, other choices are better-rounded, particularly in terms of fun factor, even compared to the SE-R models.

Contemporary economy sedans have managed to shed the stigma of being cramped for anyone in the ballpark of median height and build. Thanks to cars like the 2009 Nissan Sentra, full-size adults no longer have to sacrifice space and comfort for affordability. The Sentra's interior roominess is a product of its tall hatchback underpinnings -- its platform is derived from the Mégane, a family-oriented, European-market hatch engineered by Nissan's partner Renault.

In most other respects, the French connection is scarcely apparent, as the Sentra's interior and exterior stay true to Nissan's recent design motifs. The interior, in particular, employs Nissan's familiar industrial aesthetic on the inside. Though some may disagree with that look, most will admit the cabin is functional, thanks to well-placed intuitive controls and plentiful storage bins.

Besides its spacious and thoughtfully designed interior, the Sentra offers a generous choice of engines. Base models come with a mild 2.0-liter engine that provides a livable compromise between performance and economy, while the SE-R and SE-R Spec V have their own variants of an extra-spicy 2.5-liter inline-4. So far, so good, right? However, in such a competitive segment, any fault is magnified and may be the deciding factor. Unlike many of its competitors, the Sentra's handling abilities are merely mediocre, and consequently, this isn't the most enjoyable small car to drive. You might think that at least the Sentra would deliver a more luxurious ride in return. But such is not the case, as road imperfections are felt throughout the cabin, creating a relatively choppy ride.

This quality and other minor faults contribute to make the 2009 Nissan Sentra a rather midpack choice for a small sedan. Overall, we think cars like the Honda Civic, Hyundai Elantra, Mazda 3, Mitsubishi Lancer and Volkswagen Jetta are better all-around choices. Many of these cars also have sporty variants that overshadow the SE-R. Though these competitors may lack the interior space of the Sentra, their athleticism and ride quality may appeal to those who expect a bit more from their cars.

Nissan Sentra 2.0 models come equipped with a 2.0-liter inline four-cylinder engine that produces 140 horsepower and 147 pound-feet of torque. Power is routed to the front wheels through a continuously variable transmission (CVT) or a six-speed manual gearbox (2.0 S only). Fuel economy for the CVT registers an EPA estimated 25 mpg city/33 mpg highway and 28 mpg in combined driving, while the manual transmission drops fuel economy slightly to 24/31/27 mpg. Concurrent with the debut of the FE+ versions, fuel economy numbers for CVT-equipped models increase by 1 mpg across the board.

The Sentra SE-R's engine is bumped up to 2.5 liters and cranks out 177 hp and 172 lb-ft of torque. A CVT with manual shift control is the only transmission available on the SE-R. For those with an appetite for power and performance, the SE-R Spec V massages the same 2.5-liter engine to produce a higher-revving 200 hp and 180 lb-ft of torque. The only available transmission for the Spec V is a six-speed manual. In testing, we clocked a Spec V from zero to 60 mph in a quick 6.7 seconds. The added performance hinders fuel economy, but only slightly -- the SE-R manages 24/30/26 mpg and the Spec V returns 21/29/24 mpg.

The entire 2009 Nissan Sentra line comes standard with front-seat side airbags and full-length side curtain airbags. Antilock brakes are an option for the base 2.0 model and are standard on all others. The higher-performing SE-R models come with four-wheel disc brakes, while the others have rear drums.

In general, the 2009 Nissan Sentra is a competent performer. The 2.0 models provide an adequate amount of smooth power, but the CVT tends to keep the revs a bit elevated at highway speeds, and this constant drone can get tiresome on long trips. On smooth tarmac the ride quality is suitable, but when things get rough, the Sentra's short suspension travel tends to be rather harsh. The steering wheel has an acceptable amount of weight to it, but the electric power steering delivers very little feedback to the driver.

Those looking for performance will naturally gravitate to the SE-R models. Either variant is at home blasting through twisty canyon roads, but the sharper Spec V is clearly more adept, with its free-revving and torque-laden engine delivering plenty of lively fun. However, compared to other sport compacts in their price range, the SE-R Sentras isolate the driver from the road a bit too much, and the Spec V's manual shifter is awkward and imprecise when moving through its gates.

Inside, the 2009 Sentra carries over Nissan's modern industrial design, with well-placed controls and decent materials. The cabin is spacious, comfortably accommodating taller adults in any seat. Smaller drivers, however, may feel a bit buried in the car due to the Sentra's high dashboard and door panels and a non-telescoping steering wheel. Storage within the cabin is convenient, with several generous bins. Trunk space is also good, with an available 13.1 cubic feet.

The 2009 Nissan Sentra is offered in five trim levels: 2.0, 2.0 S, 2.0 SL, SE-R and SE-R Spec V. Later in the model year, the "FE+" moniker (signifying an engine computer tweak that improves fuel economy by 1 mpg) is affixed to all Sentras except the manual-transmission 2.0 S and both SE-R trims. The base model 2.0 includes 15-inch steel wheels, power windows and locks, 60/40-split-folding rear seats, air-conditioning and a four-speaker sound system with a CD player and an auxiliary audio jack. Add-ons for the base 2.0 are few.

The upgraded 2.0 S model is likely to be more popular among buyers. The S includes 16-inch steel wheels, driver seat height adjustment, keyless entry, cruise control, power mirrors, a trip computer, audio controls mounted on the steering wheel, and a six-speaker stereo with MP3 capability. Later in the model year and for no additional cost, buyers may choose the "SR" trim level that is essentially an FE+ 2.0 S with an SE-R-inspired body kit and 16-inch alloy wheels all thrown in at no extra cost.

Opting for the 2.0 SL trim adds 16-inch alloy wheels, leather seating, keyless ignition and entry, satellite radio, Bluetooth and overhead storage for CDs. Many of the SL's standard features are available as options for the 2.0 S. Options available for either S or SL trims include a sunroof, heated front seats, a rear spoiler, a trunk divider and an eight-speaker Rockford Fosgate sound system with a six-CD changer. As with other Nissans, these options are grouped into larger, more expensive packages, making ordering stand-alone options impossible.

The Sentra SE-R trim level heaps on more amenities to the SL trim, but keyless start, satellite radio and steering-wheel-mounted audio controls are available only as options. Standard features for the SE-R include 17-inch alloy wheels, more performance-minded suspension tuning, larger brakes, a lower body kit, cloth sport seats, aluminum-trimmed pedals and gauges for oil pressure and G-force. The SE-R Spec V further enhances the SE-R's sporting nature by adding higher-performance tires, an even firmer and lower suspension, larger front brakes and racier interior trim. One drawback to the added performance of the Spec V is a reinforcement brace that prevents the rear seats from folding. Both SE-R models offer options of a sunroof and the Rockford Fosgate sound system, but keyless ignition and entry are only available on the standard SE-R. A limited-slip front differential is only available on the Spec V. 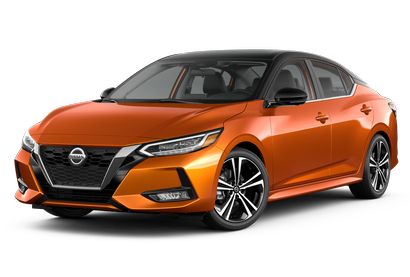 More about the 2009 Nissan Sentra

Which used 2009 Nissan Sentras are available in my area?

Shop Edmunds' car, SUV, and truck listings of over 6 million vehicles to find a cheap new, used, or certified pre-owned (CPO) 2009 Nissan Sentra for sale near. There are currently 2 used and CPO 2009 Sentras listed for sale in your area, with list prices as low as $6,499 and mileage as low as 65640 miles. Simply research the type of car you're interested in and then select a used car from our massive database to find cheap prew-owned vehicles for sale near you. Once you have identified a used vehicle you're interested in, check the AutoCheck vehicle history reports, read dealer reviews, and find out what other owners paid for the Used 2009 Nissan Sentra.

Can't find a used 2009 Nissan Sentras you want in your area? Consider a broader search.