If you want to burn less gas, you have to get your power from somewhere else. Hybrid cars combine battery-powered electric motors and gas-powered internal combustion engines to provide impressive fuel economy gains. Most hybrids are capable of running solely on electricity or combining both power sources to boost acceleration, depending on the situation. Plug-in hybrids have larger batteries that can be recharged by plugging in at a charging station, allowing them to run for much longer, and at much higher speeds, on electricity alone.

It all sounds pretty convoluted on paper, but hybrid systems have been refined to the point where the driving experience is similar to that of a traditional car. Sure, you'll hear some different noises — or hardly any noise if you're running on electricity. But unlike a fully electric car, you can treat a hybrid the same as any traditional car you've driven. Just don't expect to fill up the gas tank nearly as often. We've put together a list of the best hybrid cars to help you pick the fuel-sipper that's right for you.

Edmunds puts roughly 200 cars per year through a rigorous testing process. We test acceleration, braking and handling on our test track, and then we drive a real-world test loop that mixes city streets, twisting back roads and highway miles. For this article, we've selected the best hybrid cars you can buy today. 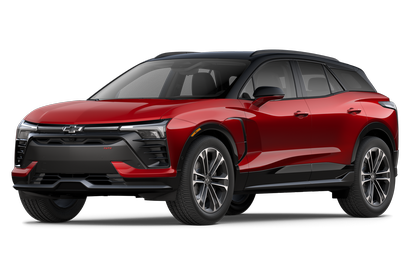 Hybrid cars are making impressive gains in mileage, with the most efficient flirting with 60 mpg. Here's a list of the hybrids and plug-ins with the best mpg ratings. Not all of these cars made our list of Best Hybrids, but if your goal is to spend as little at the pump as possible, these are the top contenders.

The Ioniq Blue, an efficiency-oriented trim level that forgoes equipment to maximize weight savings, is a bit stripped-down but supremely frugal. Unfortunately, it doesn't have a lot to recommend it beyond its impressive mileage. See also the regular Ioniq, which checks in at 55 mpg combined.

Like the Ioniq Blue, the Prius Eco makes some trade-offs in the name of efficiency. You get less stuff, but you also burn less gas. On the flip side, other Prius trims are also highly efficient, and they're more pleasant to spend time in.

The Prius Prime plug-in hybrid is capable of going 25 miles on all-electric power. We do prefer the regular Prius, though, so unless you really want the Prime's plug-in range, we'd say stick with the conventional variants.

Designed from the outset to be a highly fuel-efficient hybrid, the Insight balances excellent aerodynamics with more conventional sedan styling. You can keep the price down and have it with cloth seats or dress it up with heated leather seats and a sunroof. Either way, you'll see excellent fuel economy for not a lot of money.

The Camry Hybrid LE is another mileage-above-all-else model, but there's no denying its success. The regular Camry Hybrid checks in at 46 mpg, putting the LE's advantage at more than 10%. Every Camry Hybrid is actually a little more fuel-efficient on the highway than in town — it's usually the other way around for hybrids. So this Toyota could be a better option for freeway commuters, especially the LE with its 53 mpg highway rating.

Pros and Cons of Hybrid Cars

Hybrid cars return excellent fuel economy, especially in city driving, without requiring drivers to change their habits. Plug-in hybrids cancel out the range anxiety of an all-electric car and allow many drivers to commute almost entirely without gas. Depending on where you live, there might be tax incentives for buying a hybrid or plug-in hybrid vehicle, reducing the cost to you. With fewer tailpipe emissions, you help keep your community's air cleaner.

On the downside, hybrid battery packs eventually need replacing, which can be a big expense. Hybrids are also generally at their least efficient when cruising at high speed, so if you spend a lot of time driving on freeways with high speed limits, you might not see the same mileage benefits. Hybrid cars also tend to come with a price premium over their non-hybrid competitors, which might offset your savings on gas.

What Is a Plug-In Hybrid?

A plug-in hybrid is essentially a conventional hybrid with a stronger electric motor and an extra-large battery that can be charged up to provide true all-electric motoring. With more ability to store and use electricity, a PHEV can run solely on electric power — even at freeway speeds — for a significant distance before the gas engine needs to come to life. Some conventional hybrids have EV modes, but they tend to be limited to either low-speed maneuvering or very short bursts. A PHEV is a great option for buyers who have access to a charge point either at home or at work but who don't want to opt for a fully electric car and the related range anxiety.

One of the biggest advantages hybrid cars have over all-electric cars is that living with a hybrid is basically the same as living with a traditional gas-powered car, just with fewer dollars spent at the pump. You drive and fuel a hybrid just as you would a gas car, but because of the way a hybrid powertrain works, it's capable of recovering energy when the car brakes or slows — something a gas car can't do. Otherwise, nothing really changes. The gas-electric system works in the background to respond to your inputs as naturally as possible without any special effort on your part.

How Do Hybrid Cars Work?

Hybrid cars use both an electric motor and a gas engine for power. The gas motor can also be used to generate electricity and charge the hybrid's batteries. When slowing, hybrids can use regenerative braking to recapture some power that would otherwise be lost.

The torquey electric motors can do a lot of the work at low speeds, which means that around town, where gas cars use the most fuel, hybrids can rely on their batteries and be amazingly fuel-efficient. The gas motor only needs to come into play when you need more acceleration or want to cruise at higher speeds.

If your commute involves city driving or stop-and-go traffic, you'd likely see a lot of savings on gas with a hybrid car. And because hybrids can rely on their electric motors for torque, their gas engines don't have to produce as much power and can focus on fuel efficiency. So even when they're burning gas, hybrids' more efficient motors return better mileage. The benefit of a hybrid car is that you can spend less money on fuel without changing your habits or adapting to a different sort of ownership experience, like with an all-electric car. To learn more about what hybrids can and can't do, check out our Green Car Myth Busters article.

Choosing the Right Hybrid Vehicle for You

The first step is to decide whether a plug-in hybrid or a conventional hybrid best fits your lifestyle. Once you know the type of hybrid you want, it's time to start researching your options and narrowing down your choices so that you can test-drive your short list. Don't forget to check out available deals and find out what sort of tax incentives or rebates are offered on the cars you're interested in. Edmunds has the ratings and reviews you need to find your perfect car, and our advice articles can get you ready to buy. Make sure to check out 9 Steps to Easier Plug-In Vehicle Shopping if you think a plug-in hybrid is in your future.

Based on Edmunds' ratings, the best hybrid car for 2020 is the Honda Insight. The Insight offers a spacious cabin and upscale interior materials. It's also fairly quick by hybrid standards, yet in fuel economy it's right up there with class leaders. If you'd like a vehicle that is a bit more spacious and luxurious, the Toyota Avalon Hybrid is another outstanding choice. With a pleasant ride and near-luxury cabin materials, the Avalon Hybrid is one of our top hybrid picks for 2020. Learn more
Based on Edmunds' ratings, the best hybrid car for 2019 is the Honda Insight. The Toyota Avalon Hybrid, which debuted in 2019, is our second favorite hybrid. If you're looking to save some money by buying a slightly used vehicle, the Insight and the Avalon Hybrid are good bets. There's also the Honda Accord Hybrid and the Toyota Camry Hybrid if a midsize sedan is more your style. The Accord's interior is nicer to look at, while the Camry is a little quieter on the highway. Learn more
The best hybrid car for the money is one that best meets your needs while delivering on its promise of fuel efficiency. We think the Honda Insight is one of the best hybrids on the market based on our ratings, and it's also one of the least expensive. The Toyota Corolla Hybrid is another solid choice. The Corolla Hybrid only comes in one trim, but it's well equipped and it costs a bit less than a comparably equipped Toyota Prius. Learn more
Whether or not it makes financial sense to upgrade to a hybrid depends on several factors, including the price of the upgrade, the price of gas, the fuel economy differential between the hybrid and non-hybrid variants, and the number of miles you drive each year. Depending on these factors, it might take just a few years to save enough money in fueling costs to justify upgrading to a hybrid, or it may take a decade or more. Hybrid powertrains don't cost as much they used to; unlike older hybrids, you don't have to pay an arm and a leg to upgrade from a standard vehicle to its hybrid variant. Hybrids generally cost a couple thousand dollars more than their non-hybrid counterparts, but this figure depends on the vehicle. Learn more