byCameron Rogers
Manager, News
Cameron Rogers has worked in the automotive industry since 2013. He has tested and reviewed hundreds of vehicles over the course of his career.

Acura is primarily known for producing comfortable, moderately exciting sedans and SUVs, but its halo car is unlike anything else in the range. The 2022 Acura NSX is a two-seat coupe with an exotic powertrain, unrelenting thrust and striking good looks. Acura's most prestigious vehicle is a supercar through and through.

Cost to DriveCost to drive estimates for the 2022 Acura NSX Type S 2dr Coupe AWD (3.5L 6cyl Turbo gas/electric hybrid 9AM) and comparison vehicles are based on 15,000 miles per year (with a mix of 55% city and 45% highway driving) and energy estimates of $4.00 per gallon for premium unleaded in Virginia.

There are no fewer than four motors powering the NSX. A twin-turbocharged V6 and electric motor send power to the rear wheels, while the fronts each enjoy an electric motor of their own. Last year's NSX was among the quickest cars we've ever tested — it sprints from zero to 60 mph in 3.1 seconds — and this year's Type S is claimed by Acura to be even quicker.

Introduced to commemorate this NSX generation's final year of production, the Type S boasts 600 horsepower, a slight boost from last year's 573 hp. Maximum torque rises from 476 lb-ft to 492 lb-ft. The NSX also comes with a bevy of enhancements for increased track performance, such as revised suspension tuning, a uniquely calibrated transmission for quicker shifts, and an aerodynamic body kit. Acura says worldwide production is capped at 350 units, with 300 of those going to customers in the U.S.

There are some drawbacks to the NSX, such as a clunky touchscreen interface and a tiny cargo area that gets hot during driving. Otherwise, the NSX is an exceptional supercar that offers an incredible amount of performance at a much lower cost than a rival Lamborghini, McLaren or Porsche.

Which NSX does Edmunds recommend?

The NSX only comes in the limited-production Type S trim level, and it includes many weight-reducing components that were previously optional. That said, the available Lightweight package further lessens the curb weight with additional carbon-fiber elements. It also includes fade-resistant carbon-ceramic brakes, which are a must if you plan on driving the NSX on a track.

The 2022 Acura NSX is a two-seat mid-engine coupe that is sold in a single Type S trim level. Power comes from a combination of a turbocharged 3.5-liter V6 engine and three electric motors. All told, the combo produces 600 horsepower and 492 lb-ft of torque. The V6 powers the rear wheels alone, and each front wheel has its own electric motor. A third electric motor pairs with the V6 engine — similar to a traditional hybrid — adding torque at low speeds and enabling smooth engine starts. A nine-speed automatic transmission and all-wheel drive are standard.

A few options are available for the NSX, including: 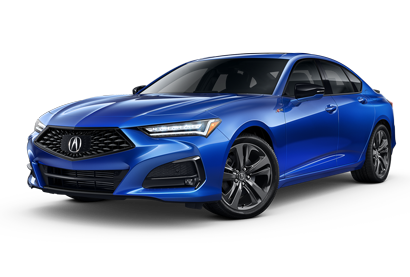 5/5 stars, this is the best car that i have ever owned
Eric, 01/06/2018
2dr Coupe AWD (3.5L 6cyl Turbo gas/electric hybrid 9AM)
Ive owned a Ferrari, Audi R8, Porsche, Jaguar, Lexus and others. i had the old Acura NSX and this blows away all of the cars that I've owned.
5/5 stars, Great super car!!!!!
Hoa Nguyen, 01/02/2019
2dr Coupe AWD (3.5L 6cyl Turbo gas/electric hybrid 9AM)
I have been driving the car for 2 years now. Love it and will change a thing. It is incredible fast and is very comfortable. I highly recommend it to anyone.
5/5 stars, New Sports Experience
Jaws, 03/08/2018
2dr Coupe AWD (3.5L 6cyl Turbo gas/electric hybrid 9AM)
Just amazing car!!! I have always been a Porsche 911 loyalist and decided to check out this semi-exotic. I have been blown away. Using as my daily driver, the comfort and performance are unmatched together. The distinction in driving modes allows me to always find a level that suits my mood. Not quite understanding Edmunds 3 star rating when comparing to the competition, especially … when you add in the Honda/Acura reliability to the equation. Yes, a bit more storage would be nice, the trunk should be better insulated against temperature, and they could have found a way to offer blind-spot monitoring, but for an everyday supercar that looks distinguished from the sea of Porsches and more common R8s which you can actually drive everyday, this is the real deal.
5/5 stars, 90% of Porsche 918 at 80% discount
T. F Malik, 04/30/2017
2dr Coupe AWD (3.5L 6cyl Turbo gas/electric hybrid 9AM)
Great handling super car that blends the qualities of Ferrari and Porsche nicely in a relatively affordable package. Can be a daily use car except in snow and ice unless equipped with proper tires and clearance issues with snow as it has pretty low clearance and no option to raise the car to clear the snow. Acceleration is instant, thanks to electric assist, that takes away the turbo … lag, torque vectoring with the front electric motors works transparently to assist in carving turns at any speed. Have had no problems with over 7,000 miles on it so far
See all 6 reviews
Write a review
Helpful shopping links

NOTE: This video is about the 2020 Acura NSX, but since the 2022 Acura NSX is part of the same generation, our earlier analysis still applies.

The idea of a new Acura NSX was extremely appealing, but when the second generation arrived at our test track in 2017, we expected a little bit more than what it delivered. Since that test, Acura has improved many parts in the car and made suspension changes and recalibrated the… drivetrain. How do these changes improve the driving experience?

PRICE CHECKER™
Check a dealer's price
Bring back a dealer's quote, and we'll tell you if it's a good price!
Check your price quote
Price:
$ -
Get started
Advertisement
Also Consider
Build & PriceAcura.com

Acura NSX vs. the competition

Despite the NSX's exceptional acceleration, the driving experience can feel a bit hollow for those who want a visceral feel from their ultra sports car. If that sounds like you, the Mercedes-Benz AMG GT should be right up your alley. There are no fancy electric motors here — the AMG GT is powered by a good old-fashioned V8, albeit one that features dual turbochargers.

The NSX is an incredible sports car, and its distinctive and rare design ensures a prime spot at any valet stand. But as we've noted here, the Acura is far from perfect. The 911's cabin and tech interface are far more user-friendly, and the steering borders on telepathic. Further sweetening the deal is the 911's price. Carrera, Carrera S and GTS models are all less expensive than the NSX.

Though it lacks electric propulsion motors, the Audi R8 isn't all that dissimilar to the NSX. Both are mid-engine coupes with two seats, all-wheel drive and mind-warping acceleration. Under the rear deck is a naturally aspirated V10 shared with the Lamborghini Huracan. We also like the Audi's immaculately trimmed interior, which makes you feel like a million bucks for when you aren't exploring the R8's performance potential. This is another exotic coupe that gives the NSX serious competition.

Acura is primarily known for producing comfortable, moderately exciting sedans and SUVs, but its halo car is unlike anything else in the range. The Acura NSX is a two-seat coupe with an exotic powertrain, unrelenting thrust and striking good looks. Acura's most prestigious vehicle is a supercar through and through.

There are no fewer than four motors powering the NSX. A twin-turbocharged V6 and electric motor send power to the rear wheels, while the fronts each enjoy an electric motor of their own. The result is an all-wheel-drive juggernaut with a combined 573 horsepower on tap. That might not seem like a lot compared to exotic sheetmetal from Italy or Germany, but the NSX is among the quickest cars we've ever tested, sprinting from zero to 60 mph in just 3.1 seconds.

If that somehow isn't enough juice under the rear deck, Acura is introducing a Type S model for 2022 to commemorate the NSX's final year of production. Output is bumped to an even 600 hp, and torque rises from 476 lb-ft to 492 lb-ft. Acura hasn't unveiled an official 0-60 mph time, but the automaker assures us it will be less than 3.0 seconds. The NSX also comes with a bevy of enhancements for increased track performance, such as revised suspension tuning, a uniquely calibrated transmission for quicker shifts, and an aerodynamic body kit. Worldwide production is limited to 350 units, with 300 of those going to customers in the U.S.

Supercar snobs might turn their noses up at the less-than-a-V8 soundtrack, while everyday drivers could be put off by the poorly executed touchscreen interface. Otherwise, the NSX is an exceptional supercar that offers an incredible amount of performance at a much lower cost than a rival Lamborghini, McLaren or Porsche.

The Acura NSX's turbocharged V6 doesn't offer the aural chills delivered by its eight- and 12-cylinder rivals, but its engine and three electric motors provide more than enough power to silence critics.

Consumer ratings and reviews are also available for the 2022 Acura NSX and all its trim types. Overall, Edmunds users rate the 2022 NSX 5.0 on a scale of 1 to 5 stars. Edmunds consumer reviews allow users to sift through aggregated consumer reviews to understand what other drivers are saying about any vehicle in our database. Detailed rating breakdowns (including performance, comfort, value, interior, exterior design, build quality, and reliability) are available as well to provide shoppers with a comprehensive understanding of why customers like the 2022 NSX.

Which 2022 Acura NSXS are available in my area?

Shop Edmunds' car, SUV, and truck listings of over 6 million vehicles to find a cheap new, used, or certified pre-owned (CPO) 2022 Acura NSX for sale near. Simply research the type of car you're interested in and then select a car from our massive database to find cheap vehicles for sale near you. Once you have identified a used vehicle you're interested in, check the AutoCheck vehicle history reports, read dealer reviews, and find out what other owners paid for the 2022 Acura NSX.

Can't find a new 2022 Acura NSXs you want in your area? Consider a broader search.

Find a new Acura for sale.

Shopping for car insurance?
Make sure you’re getting the best rate. Check Rates