We've already had a good look at the fully redesigned 2020 Sonata. Now Hyundai is adding on with a new hybrid version of its midsize sedan. The 2020 Hyundai Sonata Hybrid benefits from the Sonata's changes — among them a striking new look and impressive tech features — and uses a far more efficient powertrain. It gets up to 52 mpg, which is excellent for a midsize hybrid sedan. The Sonata Hybrid even offers an exclusive option: a roof with solar panels, which can help with recharging the car's hybrid battery.

Hyundai usually provides a reasonable entry cost with a ton of features packed into the vehicle. We expect the company to price the base-trim Sonata Hybrid somewhere between $25,000 and $27,000. Should that come to be, the value embedded in the 2020 Sonata Hybrid should be high. Hyundai's bumper-to-bumper and powertrain warranties are longer than coverage from other automakers as well.

The hybrid powertrain in the 2020 Hyundai Sonata Hybrid puts out 192 total system horsepower. It's smooth on the highway and around town. Acceleration is sufficient in most scenarios except when you've got a full load of people aboard, in which case it can feel strained. Still, you're buying this sedan for efficiency, not outright power.

The Sonata Hybrid comes with a six-speed transmission, which is rare for a hybrid. Most rival models, such as the Honda Accord Hybrid and Toyota Camry Hybrid, have a continuously variable transmission. A CVT can help provide slightly better fuel economy compared to a traditional automatic transmission, but not everyone likes the wind-up, elastic-like power delivery that a CVT can produce. The Sonata Hybrid's shifting is familiar and smooth.

How comfortable is the Sonata Hybrid?

The Sonata Hybrid is comfortable when commuting or cruising around town. It will float a bit if there are consecutive freeway undulations, however. Also, driving on mountain roads can be uncomfortable in the Sonata Hybrid because it leans excessively when you're taking a turn with enthusiasm. But make an effort to drive leisurely and all should be OK. Road noise is noticeable but not bothersome.

The front seats are shaped well but would be even better if they had more padding in the cushion area. The rear outboard seats have a mildly reclined seatback that helps with comfort. Oddly, they have softer, more plush padding compared to the front seats.

The Sonata Hybrid's interior is nice and roomy. Interior space is excellent, matching interiors of larger vehicles in the segment and ensuring there's plenty of room for occupants of all sizes. The controls are intuitive to learn and easily reachable for both front occupants whether they're using the sharp and responsive 10.3-inch touchscreen or adjusting the climate control.

The Sonata Hybrid packs in an exceptional amount of technology. It is loaded with all the advanced safety tech and driver aids that we expect in a new sedan. The tech also works pretty well. For example, the traffic-adaptive cruise control maintains a proper following distance from the vehicle in front at all times and brakes and accelerates smoothly.

The Sonata also comes with unique sideview cameras found in the instrument panel; they activate when you use the turn signals and are helpful to double check for vehicles when you are merging into the right or left lane. The 360-degree surround-view parking camera system is wonderfully useful. It looks great on the widescreen display and enables you to see all sides of the vehicle when going into a parking situation.

The Sonata Hybrid's infotainment system boasts sharp-looking graphics and quick response times. Smartphone pairing and integration are excellent with both Android Auto and Apple CarPlay, which can mirror many of the applications on your phone on the widescreen display. Notably, they display fully across. Some other automakers just omit the extra information included on the right side in that format and provide something simple such as a digital clock (gee, thanks). Voice controls work well with natural speech commands for radio, navigation and phone.

The Sonata Hybrid's trunk capacity is amongst the class leaders with 16.0 cubic feet of space. (For comparison, the Accord Hybrid's trunk can hold 16.7 cubic feet.) The load area is flat and wide. If you need additional space, you can drop the rear seats using the rear-seat access levers that are in the trunk. Interior storage inside is plentiful with a lot of room for multiple phones and loose items.

Depending on trim, the previous-generation Sonata Hybrid managed 41-42 mpg in the EPA's city/highway combined estimate, making it one of the least efficient choices in the hybrid sedan segment. By contrast, the 2020 model sips fuel to the tune of 47 mpg combined in most configurations and 52 mpg combined in the eco-friendly (and wallet-friendly) Blue trim. This is right up there with the Accord Hybrid (48 mpg) and the Camry Hybrid (46-52 mpg).

Hyundai says some of these efficiency gains are due in part to its new Active Shift Control software, which makes for quicker, smoother gear shifts and improved fuel economy. Meeting EPA mileage estimates shouldn't be difficult in this car.

Hyundai also offers an optional solar panel for the Sonata Hybrid. It covers the length of the roof between the windshield and the rear glass. It directly charges both the 12-volt battery and hybrid battery pack, and Hyundai says the solar panel can potentially provide roughly 2 miles of extra driving per day because of the extra electricity. Toyota offered a solar roof on the Prius in the early part of the last decade, so it's not an all-new idea, but the Prius' panel could only power the climate control system.

The 2020 Hyundai Sonata Hybrid provides consumers a great value considering what it's equipped with, how much it's likely to cost, and how much it'll save on gas. It does what you expect a hybrid to do and goes big on technology. An uninspiring driving experience is the car's main drawback. 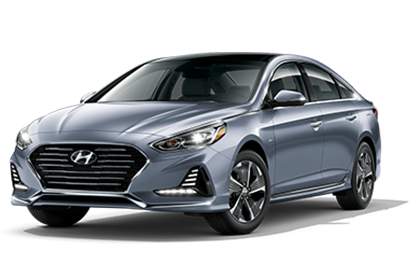