What Should I Pay

The 2020 Ford F-150 is a perfect example of the tough yet modern full-size pickup truck. It has the guts to tow and haul at the top of its class, yet it also offers a wide range of luxury and technology features. The combination makes it one of the most versatile trucks available and justifies the F-Series as the top-selling vehicle on the market.

At the top of the lineup is the F-150 Raptor, a truck so beefy that it might as well come with its own lumberjack flannel shirt and lifetime access to the Dirt Every Day internet show. Designed to be capable of high-speed off-road use, the Ford Raptor features a wider track, a stronger frame, a special long-travel suspension with Fox dampers, meaty all-terrain tires and a standard 450-horsepower V6 engine. Is this pretty much a street-legal Trophy Truck? Read our Expert Rating to find out.

Which F-150 does Edmunds recommend?

Go with extended-cab Raptor if you want to maximize the truck's off-road capability; the shorter wheelbase makes it a little more agile. Otherwise, the crew cab is the better pick for daily use because of its superior rear legroom and regular rear doors. You'll probably want the 801A Mid option package too.

As with most full-size pickups, there's a lot to choose from on the 2020 F-150, starting with seven main trim levels: XL, XLT, Lariat, King Ranch, Platinum, Limited and Raptor. The Raptor comes in either extended-cab (SuperCab) or crew-cab (SuperCrew) styles. Feature highlights include:

Every F-150 Raptor comes standard with:

801A Mid package
Expands the truck's comfort and convenience with:

802A Lux package
Piles on just about every available F-150 feature, including:

Some of the packaged optional features are available separately. Other notable options for the Ford Raptor include a twin-panel moonroof and bead-lock capable wheels.

Watch Review
Tesla Model Y Performance vs. Ford Mach-E GT | Electric SUV Comparison | Price, Range & More
Save as much as $4,926 with Edmunds Click on the model you’re interested in to see what Edmunds suggests you should pay to get a good deal. 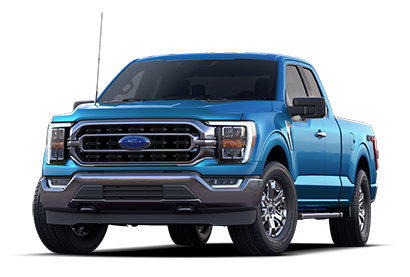 If you have around $60,000 to spend on a large off-road pickup truck, you're going to end up thinking Ford F-150 Raptor vs. Ram Power Wagon. These are the two most off-road-capable trucks from their respective brands, but they go about their business in two very different ways. This video shows the differences and similarities, and it explains the purpose of each truck.
Ford F-150 Raptor and Ram Power Wagon -- 2019 Off-Road Truck...
Ford F-150, Ram 1500 and Chevy Silverado: Battle for Pickup ...

PRICE CHECKER™
Check a dealer's price
Bring back a dealer's quote, and we'll tell you if it's a good price!
Check your price quote
Price:
$ -
Get started
BUILD & PRICEFord.com

Pre-Collision Assist with Automatic Emergency Braking
Warns you about an imminent front collision and can automatically apply the brakes.
Lane-Keeping Aid
Prevents unwanted drifting into another lane by gently steering the vehicle.
Adaptive Cruise Control with Stop-and-Go
Adjusts speed to maintain a set distance from the vehicle ahead. It's able to come to a stop and start again when traffic begins to move.

Ford F-150 vs. the competition

The 2020 Ram 1500 makes a splash with its dazzling interior and newly upgraded EcoDiesel engine. It also has a comfortable ride, especially in higher trims, and an innovative split tailgate option. We like this truck a lot, but there are still reasons to go with the Blue Oval such as the F-150's wide array of engines and more athletic handling. Read Edmunds' long-term road test of the Ram 1500

These Ford and Chevy pickup trucks continue one of the longest-running feuds in the automotive industry. Both the F-150 and the Silverado push the envelope by offering turbodiesel engines, plus the Silverado has a turbocharged four-cylinder and excellent steering and braking feel. The F-150 has the better interior, and its powertrains also come out on top.

The GMC Sierra 1500 is the luxury-focused cousin to the Silverado 1500, with flashy accents and unique styling that set it apart. The Sierra 1500 also offers a six-way modular tailgate and carbon-fiber pickup bed on higher trims. However, it shares powertrains with the Chevy, and its interior design is dated. The F-150 makes a stronger case for more buyers with the aluminum body, smooth powertrains and pleasant cabin materials.

Consumer ratings and reviews are also available for the 2020 Ford F-150 Raptor and all its trim types. Overall, Edmunds users rate the 2020 F-150 Raptor 4.1 on a scale of 1 to 5 stars. Edmunds consumer reviews allow users to sift through aggregated consumer reviews to understand what other drivers are saying about any vehicle in our database. Detailed rating breakdowns (including performance, comfort, value, interior, exterior design, build quality, and reliability) are available as well to provide shoppers with a comprehensive understanding of why customers like the 2020 F-150 Raptor.

Edmunds members save an average of $4,926 by getting upfront special offers. The estimated special offer price in your area is $68,019.

Simply research the type of used car you're interested in and then select a car from our massive database to find cheap used cars for sale near you. Once you have identified a vehicle you're interested in, check the AutoCheck vehicle history reports, read dealer reviews, and find out what other owners paid for the 2020 Ford F-150 Raptor.

Shop Edmunds' car, SUV, and truck listings of over 6 million vehicles to find a cheap new, used, or certified pre-owned (CPO) 2020 Ford F-150 Raptor for sale near you.

Find a new Ford for sale.