Cost to DriveCost to drive estimates for the 1998 Chevrolet Suburban K1500 4dr SUV 4WD and comparison vehicles are based on 15,000 miles per year (with a mix of 55% city and 45% highway driving) and energy estimates of N/A undefined in Virginia.

Monthly estimates based on costs in Virginia
Not Available
Suburban 1500
vs
$259/mo
Avg. Large SUV
Calculate my fuel costs

In some sections of the country, wise middle-class folks have been tooling around for several years in mile-long Suburbans, whether or not they have great need for all that expanse behind the driver's seat. These days, throughout the suburban reaches of Houston and Dallas, among other spots, the Chevrolet and GMC Suburban have become de facto status-flaunting vehicles, pushing prices beyond the reach of the common man.

Yes, those who formerly wheeled about town in a Cadillac or Lincoln or Mercedes, and wouldn't feel quite right in a pickup truck, appear to have twirled their affections toward the biggest passenger vehicles in the General Motors repertoire. Chevrolet, in fact, considers the Suburban "as suited to the country club as to a roughneck oil field."

Mechanically, you get the same layout in the smaller Chevrolet Tahoe, but that vehicle is only available with Chevy's Vortec 5700 V8 engine. Select a Suburban and you can accept that motor, with 255 horsepower. Or, with the 3/4-ton C/K 2500 series you can go all the way, opting for the mammoth Vortec 7400 V8, whipping out 290 strutting horses and a mean 410 pound-feet of ground-tromping torque. Oh, there's also an optional turbo-diesel. Both the half- and 3/4-ton versions come with either two- or four-wheel drive, and all have four-wheel antilock braking.

Suburbans can seat up to nine occupants and tow as much as five tons, when properly equipped. For families that need plenty of room for youngsters, or for retirees who need loads of power to haul a travel trailer, a Suburban can make good sense. Chevrolet is combating competition from Ford's new Expedition, but for heavy-duty use and maximum space, Chevrolet and GMC are still the only serious games in town for a mammoth "truck wagon." 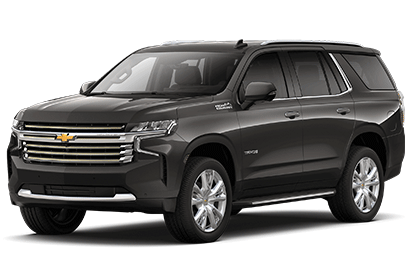 3 out of 5 stars
BIG disappointment
theboys'mom,07/01/2003
K1500 4dr SUV 4WD
I've been a fan of CHEVY since my first car (68 Chevelle). But this Suburban has shaken my faith in the most reliable engine, the 350, ever built. First problem with the transmission at 10k miles, gear replacement. Then 4-wheel drive issues, when in 4-wheel HIGH or LOW the car feels like it is braking when turning the steering wheel; the dealership can't find the … problem & said do not use the 4-wheel drive feature (makes sense?). More problems w/ trans. @ 45k miles - lost REVERSE. Since then - an exhaust manifold leak & a head gasket replaced (this SUV only has 53k miles on it). Now A/C problems. AGAIN I say - BIG disappointment!
4.88 out of 5 stars
Best SUV Ever Owned
Best Ever Owned,10/03/2010
K1500 4dr SUV 4WD
Purchased with 42k miles and now at 178k miles and still going. I perform maintenance at local mechanic when needed and never replaced the transmission in 178k miles. Brakes should be larger as others have suggested. Great SUV for families and very safe for highway and local traveling. Awesome camping vehicle for tent camping and now towing large Pop up camper. Recommend to anyone … looking for late model large SUV.
5 out of 5 stars
1998 DIESEL Suburban
CSpectre,06/05/2004
C2500 4dr SUV
Say what you want about SUV's.. Bought this 1998 Suburban Diesel.. love it.. 20mpg city 24 mpg hwy.. 6.5 turbo diesel is the way to go.. will buy another paid 1.58 for fuel 6/04
3.13 out of 5 stars
Chevy Quality
carconjam,06/20/2004
K1500 4dr SUV 4WD
Bought at 20K miles. Exhaust donoughts had to replaced every 35K miles. Electrical problems. Fun rig, but not reliable.
See all 33 reviews of the Used 1998 Chevrolet Suburban
Write a review

More about the 1998 Chevrolet Suburban

Over the last two years I've driven more of GM's full-size sport-utility vehicles than I can shake a stick at. I've driven Suburban, Tahoe and Yukon two-wheel drive and four-wheel drive models; some decked out in full LT or SLT regalia, others with minimal options. No matter what the configuration, the trucks have always been a hit with Edmund's staff members and their families. Their spacious interiors, powerful engines, stupefying cargo hauling and towing capabilities and strong good looks are just some of the attributes that Edmund's staffers have raved about when evaluating these trucks. Nevertheless, I wasn't thrilled to be taking delivery of another Suburban when it was dropped off late this spring. I mean, really, there's just so much praise you can pile on one truck!

I'm always surprised when a Suburban is delivered. Their sheer size and towering height seems to dwarf everything else in a parking lot. What surprised me about this model is that, even when parked next to another Suburban, it still looked huge. That's because this was not a regular Suburban, it was, in fact, a K2500, which is the Mac Daddy of the entire General Motors lineup.

The "K" in its name, along with all other GM full-size trucks, denotes that the model we tested was a four-wheel drive vehicle. (The "C" designation indicates a two-wheel drive product.) The "2500" indicated that our tester was the most heavy-duty version of the Suburban available.

Like GM's other full-size sport-utes, the K2500 is a pleasure to drive. Its towering height gives a commanding view of the road, and its big engines makes overtaking slower traffic on steep inclines a breeze. As we've noted before, the brake pedal feels mushy and the steering is a bit numb, but we think that this could be because GM engineers don't want a truck this size to handle too responsively. The big transmission in this truck shifts surprisingly smoothly under regular acceleration. I did, however, notice that the transmission shifts into reverse accompanied by an abrupt bump and shudder.

Despite its size, the interior of the big 'Burban is not as comfortable as it could be. The front seats are flat and mushy, secondary controls are a long stretch for the driver and the front seat cupholders are not placed strategically (The cupholders for the front seat passengers block the center air vents in the dash panel when in use). Thankfully, clambering aboard the K2500 is not as difficult as it appears. Despite it's impressive ground clearance, the K2500 was easier to enter than the last Ford Expedition that we tested, thanks to a lower step-in height. Second row passengers should be comfortable because of the huge amount of legroom and seats that seem to offer more support than the front chairs. Third row passengers, well, they may just have to lump it. Climbing into the third row seat of a Suburban, or any SUV, is a feat best left to gymnasts, contortionists or children with soft bones.

The K2500 Suburban is bigger and heavier than the K1500, and it can tow a little more. Nevertheless, I have to ask, "Who needs this thing?" It doesn't offer any more cargo area, comes with the same types of optional equipment, doesn't carry any more people, yet has a base cost of $1,584 more than the lesser model. Is $1,584 worth more horsepower, torque and a higher towing capacity? Not unless you're planning on dragging Rhode Island to the West Coast. The K1500 Suburban is more than up to the tasks that any normal family could throw at it.

Maybe that's the key, maybe the K2500 Suburban isn't for normal families. Maybe it is built for a race of giants who carry huge loads and tow entire mountains across the countryside. That must be it, because I can't think of another useful application for such a serious piece of machinery.

Chevrolet's Silverado pickup truck, the basis for the Suburban, has just been redesigned for 1999, and that means that the current Suburban day's are numbered. Furthermore, Ford is introducing an SUV based on their new Super Duty line of trucks that will be even bigger, God forbid, than the already huge K2500. So, if you are one of those mountain-hauling giants, you may want to wait awhile and see what your options are. You know, so the giants down the street don't show you up in a year.

What's a good price on a Used 1998 Chevrolet Suburban?

Which used 1998 Chevrolet Suburbans are available in my area?

Shop Edmunds' car, SUV, and truck listings of over 6 million vehicles to find a cheap new, used, or certified pre-owned (CPO) 1998 Chevrolet Suburban for sale near. Simply research the type of car you're interested in and then select a used car from our massive database to find cheap prew-owned vehicles for sale near you. Once you have identified a used vehicle you're interested in, check the AutoCheck vehicle history reports, read dealer reviews, and find out what other owners paid for the Used 1998 Chevrolet Suburban.

Can't find a used 1998 Chevrolet Suburbans you want in your area? Consider a broader search.

Should I lease or buy a 1998 Chevrolet Suburban?