After a complete redesign last year, few changes make news for 2000. Most substantial is the addition of an optional fourth access door to extended cab models. The already potent Vortec 4800 and 5300 V8 engines make more power, and programmable door locks can be instructed to unlock automatically when the Silverado is shut off. A Sportside cargo box is available on 1500 LT models, and 1500 4WD trucks can be equipped with wheel flares this year. LS and LT trucks get a standard electrochromic self-dimming rearview mirror with compass and exterior temperature display, and a soft tonneau cover is available from the factory.

Chevrolet makes a pretty good pick-'em-up if powerful engines are your thing. But even after a recent redesign, it still has a ways to go to match the Ford F-150 and Toyota Tundra when it comes to the quality of the materials and assembly.

Cost to DriveCost to drive estimates for the 2000 Chevrolet Silverado 1500 LS 3dr Extended Cab 4WD LB (4.8L 8cyl naturally aspired 5M) and comparison vehicles are based on 15,000 miles per year (with a mix of 55% city and 45% highway driving) and energy estimates of $3.32 per gallon for regular unleaded in Virginia.

Imagine the pressure engineers and designers suffered when they undertook the task of completely revising the best-selling model that General Motors produces. Success would insure that GM could continue to reap large benefits from a booming truck industry. Failure would reduce market share, profits and credibility. Making matters worse, the existing platform was already a hot seller. How to fix something that wasn't broken?

They started by asking Chevy truck customers what they wanted in a new full-size pickup. More power, better handling, more interior room, better fuel economy and a stronger chassis were the answers. What they most certainly did not want was cartoonish or carlike styling, which Chevy owners felt the Dodge and Ford stores were selling.

So Chevrolet gave the customer what they asked for. Looking at the Silverado, some might be hard-pressed to discern differences between it and the old C/K model. But under the skin, GM served up a heaping pile of massive improvement, and that's where it counts.

Several engine choices are available, ranging from a newly improved 4.3-liter V6 to a turbodiesel 6.5-liter V8. Most buyers select 4800 and 5300 Vortec V8 engines, and they make more power for 2000. The 4.8-liter and 5.3-liter units each generate 15 more ponies than they did in '99, but only the 5300 motor gets a boost in torque, from 315 foot-pounds at 4,000 rpm to 325 ft-lbs. at the same revs. The 6.0-liter V8 gets a new high-extension torque converter when equipped with the available automatic transmission. Automatics also come equipped with a tow-haul mode that improves performance under heavy loads.

Holding all this together is a three-section frame that is stiff, light and easy to assemble. It contributes to class-leading impact absorption, a smooth ride and a quiet interior. Payload capacity is stout as well. State-of-the-art steering, suspension and braking systems help make driving the Silverado a joy. Four-wheel disc antilock brakes are standard, and steering feel is tight for a large truck, thanks in part to the power rack-and-pinion gear on models under 6,400 GVWR. The turning circle is relatively small and a wide rear track contributes to stability on the highway. Optional is Adjustable Electronic Ride Control, the first selective damping system ever offered on a pickup.

Inside, Silverado buyers will find logically laid out switchgear, though the plastics feel like they're sourced from the same supplier contracted by Fisher Price. The cabin is roomy, particularly on extended cab models. Standard back doors on the latter make entry and exit to the rear bench seat easy, and if front passengers are willing to sacrifice a bit of legroom, the back of the extended cab is quite comfortable. Front seatbelts are mounted to the seats themselves so rear passengers don't need to chop through a web of fabric to get in and out.

Other changes this year include power door locks that can be programmed to unlock automatically when the Silverado is shut off, solving an irritating problem on 1999 trucks. A Sportside cargo box is available on 1500 LT models, and 1500 4WD trucks can be equipped with wheel flares this year. Optional on the LS and standard on the LT trucks are an electrochromic self-dimming rearview mirror with compass and exterior temperature display. A soft tonneau cover is available on the LT Fleetside Box version only.

The bar was raised with the introduction of the Chevy Silverado, and GM bean counters needn't worry about their bonuses at year's end. This truck will continue to be a huge success. 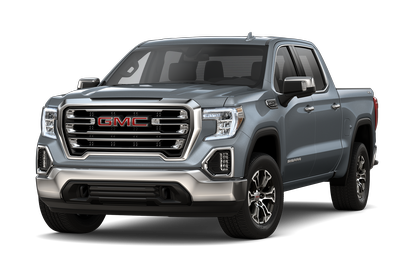 5 out of 5 stars
Excellent Truck
Andrew Mahaffey,03/25/2015
LT 3dr Extended Cab 4WD SB
I love my 2000 silverado 5.3 ext cab 4 door z71 sb this thing has been the most reliable vehicle i have ever had my truck currently has 368000 miles on it with the original engine and trans this truck is truly bullet proof the only things i have ever done to this truck is a 1 water pump brakes and fluids and some rust repair i have towed with it and even driven it hard and it still runs … like new.
5 out of 5 stars
2000 Chevy Silverado 1500 V8
Kaitlin,08/08/2010
LT 3dr Extended Cab 4WD SB
I have a 2000 Chevy silverado with 146,000 miles on it. I had a few things go on it. I use this truck to pull a 2 horse bumper pull trailer. Its been good to me. I put in it a rebuild trans had a few things here and there. Now its having a few issues with going in Reverse. If this truck was a 2500 I would keep it. But I live in a hilly area and it struggles with the load to get up the … hills. I live Chevy and I like what they offer. This truck been good to me for my needs.
5 out of 5 stars
Best truck I have owned
Jake,11/23/2015
LS 2dr Regular Cab 4WD LB
It's a great truck, best one I ever owned. I bought it with 150,000 miles, and I currently have almost 201,000 miles on it. I've done routine oil changes, Still runs strong, still have everything stock, besides the alternator , brake lines. Very dependable, never broke down on me. Definatley worth the money.
4 out of 5 stars
2000 Silverado 1500 LT
tjc43,10/09/2012
LT 3dr Extended Cab 4WD LB
I have owned two silverados in the pass few years. My first silverado was a 2002 Chevy Silverado 1500 LS. I enjoyed driving that truck while I owned it. I sold it due to gas mileage and being a college student. I ended up buying a civic for the excellent gas mileage. The gas mileage was nice and all but I soon realized I needed to be back in a full size truck regardless of gas mileage. I … then purchased a 2000 Chevy Silverado Lt edition. I quickly fell in love with the truck. It was basically identical to my LS except having a few more features.
See all 146 reviews of the Used 2000 Chevrolet Silverado 1500
Write a review

Which used 2000 Chevrolet Silverado 1500S are available in my area?

Shop Edmunds' car, SUV, and truck listings of over 6 million vehicles to find a cheap new, used, or certified pre-owned (CPO) 2000 Chevrolet Silverado 1500 for sale near. Simply research the type of car you're interested in and then select a used car from our massive database to find cheap prew-owned vehicles for sale near you. Once you have identified a used vehicle you're interested in, check the AutoCheck vehicle history reports, read dealer reviews, and find out what other owners paid for the Used 2000 Chevrolet Silverado 1500.

Can't find a used 2000 Chevrolet Silverado 1500s you want in your area? Consider a broader search.